Why Language in the Anglican Liturgy Matters: The Book of Common Prayer

After our first combined service for the summer at St. John’s, my lovely and always inquisitive wife, Trish, ask me a question, why can’t you change the language of the Book of Common Prayer Communion service? It’s not that I don’t appreciate its theology. But I find it hard to understand some of its words such as ‘propitiation’. My immediate intuitive reaction to Trish’s suggestion was that’s crazy. I admit, I reacted this way partly because it was Trish asking the question. But after I gave an answer that was not thought-out, Trish rightly challenged me, and said, you still have not explained to me why replacing the word, ‘propitiation’ is a problem? I hummed and hawed and all that I could come up with was, it’s not that simple. Now Trish, I’m sure, is not the only one who would like a more thoughtful answer to why changing words in the BCP Communion service is problematic. Therefore, to first appease my lovely wife, and second, help the rest of you, here is my answer. But I warn you, it’s convoluted. 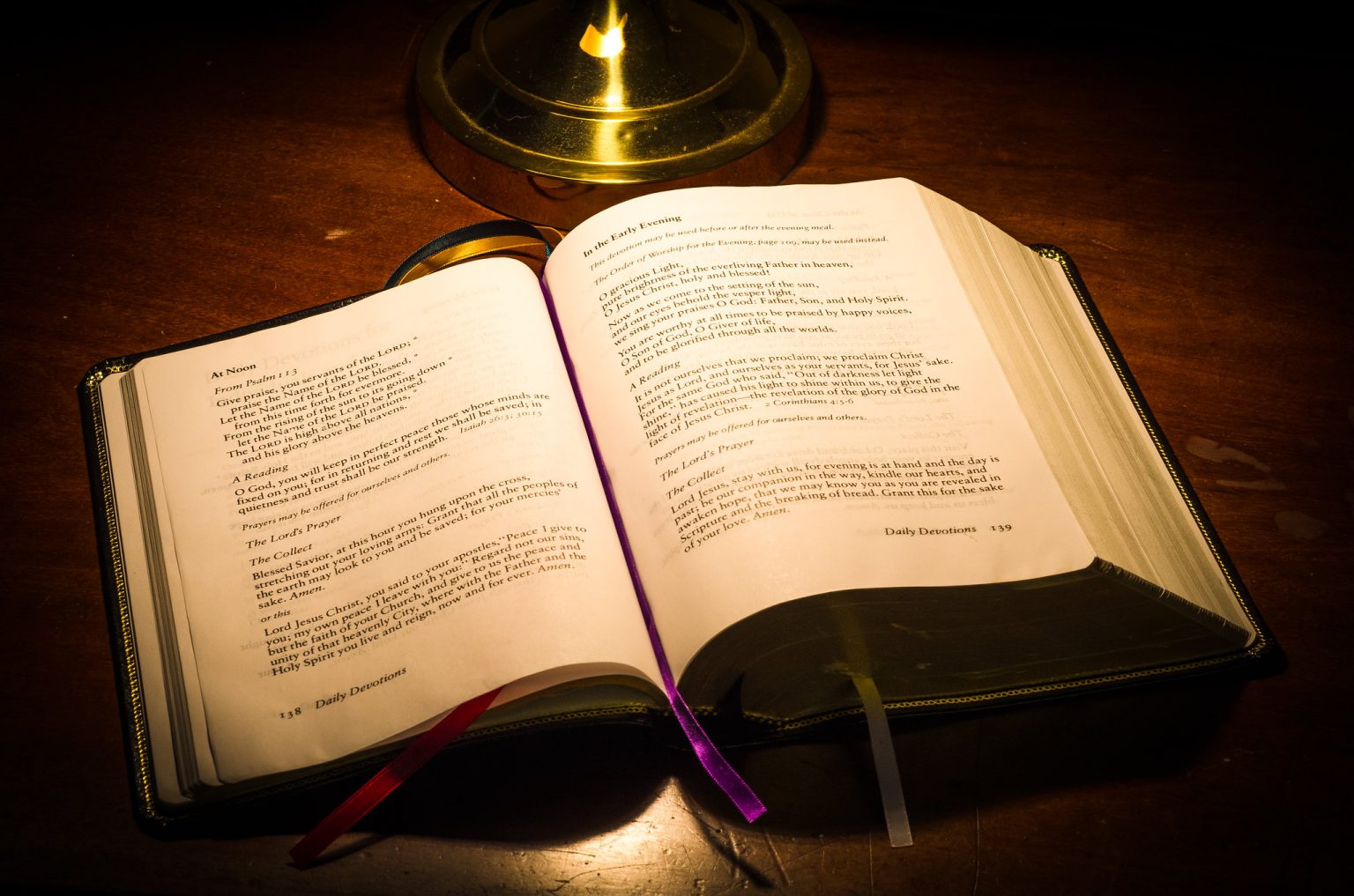 Replacing words like ‘propitiation’ are problematic for philological, biblical, and theological reasons. Let’s start with the philological reason – the words we choose to use to describe and explain whatever is important. Words have a history of use whose definition in most cases have been commonly accepted by a culture. But in the last decade or so, there has been a wholesale willingness (especially in the west), to change what a word has meant for centuries to mean something quite different. Therefore, a metaphor may mean something to person A but something quite different to person B and C. For instance, consider the word ‘evangelical’. It originally comes from the Greek word, euangelion meaning ‘good news’ or the ‘gospel’. It simply referred to the Christian message of Good News offered to the world by God in Christ Jesus. But today ‘evangelical’ no longer refers to the Christian message of good news but instead, to the type of Christian you are, which often carries with it negative connotations.

Ok, so what? The so what is, if I am to replace the word “propitiation” with another word, which one do I use? Well, you say, with whichever word best means the same thing as propitiation. But in today’s fluid meaning of words, can a word be found that everyone will agree on with regards to its meaning? Maybe, maybe not. Of course, even if there was a word, and one we could all agree on its meaning, is there a word that can adequately replace propitiation?

I say no for biblical reasons. The word ‘propitiation’ comes from, the Bible. It is the English translation of the Greek words, hilasterion (Rom. 3.25 and Heb. 9.5) and halismos (1 John 2.2 and John 4.10). Both Greek words refer to the satisfying or averting the wrath of God by offering a gift or sacrifice. But contextually, of course, the word means much more than that.

Let’s start with its use in the Old Testament and then come back to the New Testament. The equivalent Hebrew word for Hilasterion is used, for instance, in Exodus 25.27 where it literally means ‘covering’. The specific ‘covering’ referred to here is the ‘mercy-seat’ or lid that covered the ark of the covenant and contained the 10 commandments originally given to Moses on stone tablets. Once a year on the day of Atonement, the High Priest offered a blood sacrifice on behalf of all people that was sprinkled on the mercy-seat. When the High Priest performed this act, the sins of the people were ‘covered’ so that God’s wrath was averted. But why did God’s wrath needed to be averted in the first place? Because God is holy. Since God is holy, He hates and rejects all that is unholy in whomever has acted against God’s Laws. Yet, although God hates the unholy or sin activity of someone, He still loves that person. Therefore, God offers a way that both respects God’s holiness so that His wrath is averted, and covers the peoples’ sins so a relationship can be maintained.

Fast forward to the NT where the OT understanding of how the propitiation of the peoples’ sins is carried out is fulfilled, and thus transformed by Christ’s death on the Cross. It says in 1 John 4.10, here is love, not that we loved God, but that he loved us, and sent his Son to be the propitiation for our sins. (KJV). Other translations such as the NIV use the words atoning sacrifice instead of propitiation. But on two fronts using ‘atoning sacrifice’ is problematic. First, I can’t see how these words explain any clearer what the Cross accomplishes. It takes just as much explaining and now we have TWO words to explain. Second, as even the NIV translators recognize in a footnote, these words only partly address what Jesus accomplished on the Cross for us. They tell of how Christ’s death or sacrifice ‘atones,’ ‘cover’s,’ or ‘pays for the sins of the world so that we can be free of sin’s power over us. And yet, they do not address how Christ death turns God’s wrath away from us. Only the word propitiation does this. And Jesus does this by being both our High Priest (Hebrews 2.17), who offers himself on the Cross as a blood sacrifice for us (Rom. 3.25).

Well, that was a mouthful!  But this leads me to my theological reason for not changing the word propitiation. Archbishop Thomas Cranmer with the help of other learned theologians and liturgists, were very careful in what words they chose to use when they wrote the Prayer Book. They recognized that the only way they could prevent their own ‘subjectivity’ rather than what God wanted them to say and write was by using the language of the Bible. That is what they did. At least 80% of the words and sentences you find in the BCP are direct quotes from the Bible. And Cranmer was well versed in the original Greek and Hebrew text so that he could choose English words that best suited and reflected what the original text meant. His use of the world ‘propitiation’ is a prime example of his careful choosing of words so that they are theologically consistent to the original Greek and Hebrew texts. So, if we are going to replace the word ‘propitiation’ we better be sure to do our theological homework.

I bet you didn’t expect this convoluted, likely incomprehensible response to why I don’t believe changing the language of the Prayer Book is a good idea. I simply go back to what I originally said to Trish when she posed her question, it’s not that simple!

Do you have a question?

Why Language in the Anglican Liturgy Matters: The Book of Common Prayer
Tagged on: worship liturgy BCP Anglican words